Flock To Ontario For Birdwatching at Its Best 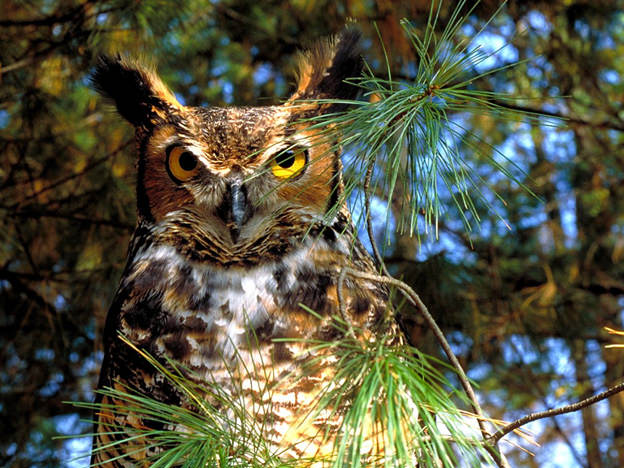 Dubbed the unlikeliest craze recently by Condé Nast Traveler magazine, the popularity of birdwatching is on the rise with outdoor enthusiasts and nature lovers of all ages.

Birdwatching doesn’t require bank-breaking gear, just a pair of binoculars, a decent zoom on your camera and good quality bug spray. An unofficial prerequisite for the activity is interacting and sharing with fellow birders, which makes today’s social media savvy generations perfectly qualified.

There are 495 species of birds to spot in Ontario (and close to 300 species that breed here). Peak seasons for number and variety are during the spring and fall migrations as songbirds, shorebirds, waterfowl and birds of prey choose select sites for temporary pit stops en route to and from their nesting destinations.

Here are five migration hotspots for budding ornithologists to get out and practice the five “S”s of bird identification: size, shape, shade (or colour), song and sweep (migration patterns).

The unique location, climate and topography of Ontario’s southernmost region serves as the perfect staging site for a variety of bird species during migration seasons. Canada’s Southcoast Birding Trail identifies a network of birding hubs, observatories and events. Over 300 species migrate through Point Pelee National Park where you can join fellow observers during the Festival of Birds in May. The annual Springsong: A Celebration of Birds and Birding also takes place in May at the Pelee Island Heritage Centre (supported by Margaret Atwood).

The Festival of Flight is held in May at Rondeau Provincial Park, Ontario’s second oldest provincial park. World Migratory Bird Day will be observed at Long Point Bird Observatory on the shores of Lake Erie. The Shoreline Celebration at Hillman Marsh Conservation, a nature preserve in Leamington. Established in 1904, the Jack Miner Migratory Bird Sanctuary in Kingsville is a great spot to get up close and even feed waterfowl. The Canadian Raptor Conservatory in Norfolk County hosts amazing bird of prey events and workshops.

The diverse landscapes of wetlands and woodlands, lakes and fields attract a variety of different species to this area. Nesting platforms throughout this region offer the chance for a rare sighting of majestic ospreys each spring (keep safety in mind when located close to roads and highways). The Carden Alvar Provincial Park and Important Bird & Biodiversity Area (IBA) in Kawartha Lakes is a globally rare ecosystem that is home to over 200 species of birds (including some rare species) and over 400 species of plants.

Book the guided Carden Alvar Nature Photography Experience in May or June. Located along Lake Ontario, Presqu’ile Provincial Park, another Important Bird and Biodiversity Area hosts the Warblers and Whimbrels Weekend and birders are treated to bird walks and sightings of smaller migrating warblers and shorebirds like whimbrels. Nestled between the Canadian Shield and limestone lowlands, Petroglyphs Provincial Park is another unique ecological area that also attracts birds in desperate need for a rest stop.

Get more info on birding in Kawarthas Northumberland.

During the two weekends following the Victoria Day long weekend in May, MacGregor Point Provincial Park is the home of the Huron Fringe Birding Festival. Keep a sharp eye out for black-crowned night herons and American egrets touching down on the Bruce Peninsula while engaging in guided hikes and bird identification workshops. Just north off the coast of Saugeen Shores, Chantry Island is a designated migratory bird sanctuary that welcomes cormorants, seagulls, egrets and of course, herons. Cruise from Southampton to the island to view the birds and tour the heritage lighthouse with the Marine Heritage Society.

The Spring Birding Festival in Prince Edward County is in May. The County was designated as an IBA in 1998 and has continued to serve as a major staging point for migrating birds. Daily activities include guided walks and tours, bird banding demonstrations and workshops at the Prince Edward Point Bird Observatory. Just across the channel, the Bay of Quinte has 33 conservation areas that are key locations for birding. Set out with a Birds of the Bay checklist.

Located within the Frontenac Arch Biosphere, east of Kingston, the wetlands and open waters in the Mac Johnson Wildlife Area are visited by majestic Trumpeter Swans, thanks to a 20 year conservation and restoration program. The Upper Canada Migratory Bird Sanctuary, part of the St Lawrence Parks Commission, offers excellent opportunities to view waterfowl, raptors and other species from winding trails through forest, fields and wetlands.

If you make the long trek north to Ontario’s remote saltwater coast of James Bay in the spring and fall, you may be rewarded with sightings of waterfowl, migrating shorebirds such as sandpipers or the red knot, as well as loons, pelicans, cranes, owls and eagles. Look for seals and beluga whales too. Pei lay sheesh kow is a designated IBA that covers Tidewater Provincial Park. Its name in Cree translates to ‘an area that abounds with birds’.

In Ontario’s northwest, Sunset Country is a birders’ paradise. Pelicans, cranes, snowy owls and bald eagles have been spotted in and around the Sable Islands and Rainy River Provincial Parks and up to the shores along Lake of the Woods.

The annual autumn salmon run up the Nipigon River, just north of Thunder Bay provides the ultimate opportunity for a photo safari to witness North American Bald Eagles on the hunt.

The coastal shoreline of Sleeping Giant Provincial Park to the rich boreal forests in Algoma Country are home to a flurry of feathered inhabitants. Be awed by the bald eagles, osprey, herons, owls and woodpeckers and songbirds. There are a number of duck species and loons on St. Joseph Island.

Algonquin Provincial Park, Ontario’s iconic park is a great destination to appreciate Canada’s national bird; the whiskey jack or Canada jay. Check out birding events and sightings from the Visitor Centre or connect with the Algonquin Wildlife Research Station.