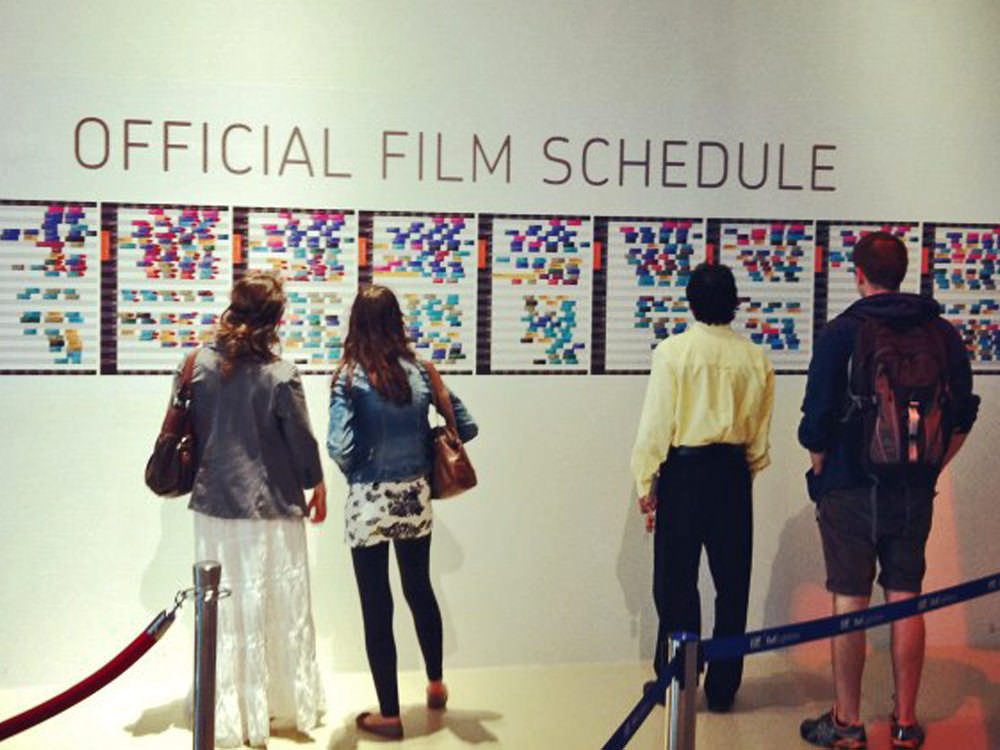 When the Toronto International Film Festival (TIFF) arrives, for ten days in September, the lights, cameras and glamour of Hollywood take over Toronto. Whether you love star spotting, great cinema or merely the big city’s energy, the Toronto International Film Festival is the perfect urban adventure. But if you don’t have a ticket, that’s okay. We’ve got great ideas of how you can make the most of TIFF any year.

Each year, some of Hollywood’s most notable films make their debut at TIFF. To date several movies that took home the top prize at the Toronto International Film Festival also took home the honour of Best Picture at the Oscars. And many more TIFF top winners ended up taking home Oscars in other film categories. Though a seat at a Gala is a hot ticket item, you can occasionally score a last-minute pass by checking online at 7 a.m. the morning of the screening or try for rush tickets.

The more movies the merrier!

The Toronto International Film Festival has become the launching pad for the best of international, Hollywood, and Canadian cinema. It is recognized as the most important film festival in the world after Cannes. More than 300 films from over 60 countries offer audiences a diverse array of films to enjoy every year, including from Canadian directors and up-and-coming actors. A peek at the schedule inside the TIFF Bell Lightbox gives you an idea of just how many films are playing and the diverse subjects tackled.

What to do after just catching sight of your favourite celeb? Why not sit down with something tasty and dish over all the details with your friends. The TIFF Bell Lightbox is home to several delicious culinary experiences, including the contemporary seafood-focused LUMA and the more casual The O&B Canteen. The Canteen is the perfect place to take a seat and discuss the movies in the festival or to grab a snack and go to enjoy while waiting for your next star sighting. All of O&B Canteen’s chef-prepared offerings use fresh ingredients. Our pick? The delicious butter tarts, made in O&B’s artisan bakery.

Another way to enjoy TIFF is to catch a quick peek at some of the film industry’s biggest names as they arrive at TIFF’s many screening venues. Ontario performance landmarks like Roy Thomson Hall, one of Canada’s premier concert halls, and the opulent Princess of Wales Theatre are home to glitzy red carpets that the likes of Brad Pitt and George Clooney have walked. Whether you stop by just before a Toronto International Film Festival screening, camp out and secure a prime viewing spot, or just wander by early in the day to see what a real-life red carpet looks like, you’re bound to feel a hint of excitement at being so close to the red carpet action. And who knows, maybe you’ll have a lucky star sighting!

Experiencing a real-life world-class film festival is something worth documenting! Luckily, there’s the perfect spot where you can grab a memorable memento to commemorate the event. The TIFF Bell Lightbox gift shop has some fun, original memorabilia, which are a great way to commemorate your visit to TIFF or bring something home to friends or family to make them wish they had been, too. Another handy TIFF secret? During a quick wander along King Street, you’re sure to come across free samples or goodies from different Toronto International Film Festival sponsors. And we can all agree that free souvenirs make the best souvenirs!

Over the years, Toronto has become home to some spectacular, world-renowned five-star hotels, including the Ritz-Carlton, the Shangri-La and the St. Regis. During TIFF, these hotels are a sure place to spot a celebrity in town for the festival. And don’t be surprised when you see a crowd outside these hotels waiting for a star sighting. It’s a common occurrence during the Toronto International Film Festival. So if you have the time, why not join in on the fun?