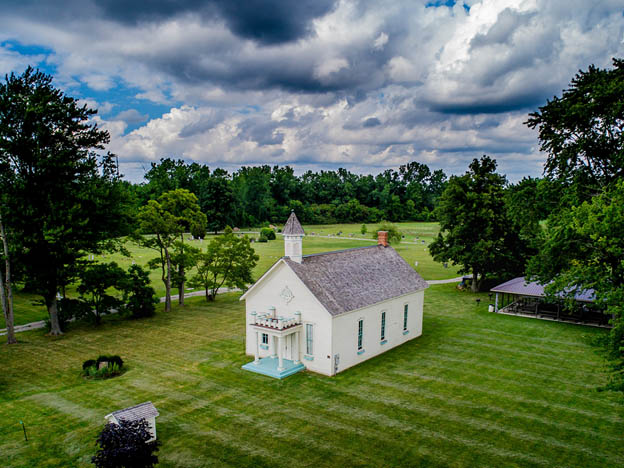 Explore museums, heritage sites and historical buildings that tell the story of the Underground Railroad and preserve the legacy of Black history in Ontario.

During the 19th century thousands of enslaved and free Black Americans risked the dangerous journey to Upper Canada (now Ontario) to escape the atrocities of slavery in the United States. Many used the Underground Railroad, a network of secret routes developed by people of various faiths and races committed to providing safe passage to Canada, where slavery was not legal. The Underground Railroad featured brave guides (“conductors”) who directed refugees (“passengers”) to their destination (“station”). Along the routes, safe houses served as rest stops for freedom seekers before continuing the long journey.

Below are places to learn more about the Underground Railroad and early Black settlement in Ontario.

Most in-person activities and events will require pre-booking and will have lower capacity and set visit times to ensure it’s safe for all. Check online for all requirements in advance.

Initially Black settlement in Amherstburg was very popular due to its proximity to the American border. The Amherstburg Freedom Museum gives a fascinating look at the early community, and includes the museum, a church and log cabin home. The Nazrey African Methodist Episcopal Church demonstrates the importance of churches for the freedom seekers. Not only was it used to worship, but it offered a learning space for people denied an education south of the border. The Taylor Log Cabin is an example of what living spaces were like for early settlers.

Twenty minutes east of Windsor is the John Freeman Walls Historic Site and Underground Railroad Museum. John Freeman Walls, a former slave from North Carolina travelled the Underground Railroad with his master’s widow Jane and her children. Later, John and Jane got married and the homestead he built was also used as a safehouse. Today, the site showcases artifacts that are reminders of the cruelty of slavery and the creative measures taken to secretly transport and hide people from slave hunters. The 8 hectare property also has a cemetery and a walkway that recreates the conditions freedom seekers experienced fleeing dogs and slave hunters. The descendants of John Freeman Walls continue to educate people about his legacy at this significant heritage site. A virtual tour of the museum is also available.

Unveiled in 2001, The Tower of Freedom is an Underground Railway monument that captures the emotional exhilaration of the freedom seekers once they stepped onto foreign soil. The monument also acknowledges the various communities in Southern Ontario where freedom seekers settled.

Many former slaves helped build Sandwich First Baptist Church, which played an important part of their lives. Music lyrics were a very meaningful form of communication. Since slaves could not read or write, they memorized hymns and spiritual songs that provided them with secret directions where to go to find freedom. At Sandwich First Baptist Church, certain hymns played during services were actually a coded message to warn that the bounty hunters were nearby. There’s also a secret tunnel in the church that was a convenient escape route.

Descendants of slaves from the Buxton community provide tours and tell stories about the experiences of their ancestors at the Buxton National Historic Site & Museum. The property has a cozy little one room schoolhouse, a log cabin, a picnic area, a barn and a cemetery. The schoolhouse was built by former slaves in 1861 and operated until 1967, when it was converted into a museum.

The Black Historical Society & Black Mecca Museum transports visitors along a historical journey from the 1800s to present day, highlighting excellence achieved by community members in various disciplines such as arts, medicine, sports, and music. As well, the museum shines a light on the struggles and successes during the fight for civil rights. There’s also an archives area where local residents can learn about their ancestors. Just outside the museum is the BME (Black Methodist Episcopal) Freedom Park, which features a bronze bust of anti-slave activist and Canada’s first newspaper publisher, Mary Ann Shadd Cary. Eagle-eyed barn artwork observers will notice barn art in the park that is part of the Thames River Barn Quilt Trail. The artwork is called “North Star” in honour of the celestial guide used as a compass to direct brave men and women northbound where a conductor from the Underground Railway would be waiting to lead them to freedom.

Uncle Tom’s Cabin was the home of Josiah Henson, who fled slavery with his wife and four children in 1830. Although he was maimed from the abuse he suffered, he still had the will and perseverance to carry his smallest children on his back in his bid to escape. It took six weeks for the family to reach freedom. Josiah Henson then embarked on more courageous trips as a conductor of the Underground Railway and guided over 100 people to freedom. Author Harriet Beecher Stowe was so inspired by his biography that she wrote a book loosely based on him called “Uncle Tom’s Cabin”, which was one of the catalysts for the start of the American Civil War. Josiah Henson remained a permanent resident in Canada. As a community leader, he helped create the Dawn Settlement, a community where newcomers could receive an education and enroll in training programs to become more self-sufficient. The area where he lived is now known as Dresden.

Famous anti-slave activist Harriet Tubman escaped slavery and made St. Catharines her home for 10 years. She was a woman of strong religious faith and worshipped at Salem Chapel. She was very grateful for her freedom and had a strong desire for others to experience the liberty that was important to her. Despite a large bounty on her head for her capture, she risked crossing the border as an Underground Railroad conductor several times. She became known as ‘Moses’ because of her bravery in bringing people to freedom. Not far from the Salem Chapel is a statue of Harriet Tubman at the Harriet Tubman Public School.

On a hilltop overlooking the Dundas Valley sits Griffin House. The property was purchased by a former slave from Virginia named Enerals Griffin in 1834. The house stayed in the family until it was sold to the Hamilton Region Conservation Authority in 1988. Griffin House was designated a national historic site of Canada in 2007. It was more elaborate than the traditional dwellings in early Black settlements and was situated in a predominantly Euro-Canadian community.

Many former slaves living in the southern regions of Ontario migrated to northern regions in search of economic opportunities and out of fear of being kidnapped by slave hunters, who were actively recapturing people close to the US border.

Howard Sheffield, whose family tree goes back many generations in Canada, wanted to continue awareness of Black history in Canada. He created the Sheffield Park Museum with his two nieces, Sylvia and Carolynn and Wilson. Members of their community donated their various cultural artifacts to the museum. The collections in the museum range from memorabilia, vintage dolls, various types of quilts, slave chains and more.

At the corner of Line 3 North and Old Barrie Road West sits the oldest log building built by African Canadians. The African Methodist Episcopal Church was built in 1849 and was designated a national historical site in 2000. Since it was constructed entirely of wood, over the years the church was in a serious state of disrepair that required extensive and expensive restorations. Fortunately, concerned members of the community have collected funds for its restoration and preservation.

In their unwavering pursuit of freedom, settlers faced harsh weather conditions and experienced racial discrimination. Their struggle for equality and human dignity is a powerful story and their legacy today is testament to their unbreakable spirit.

Based in Toronto, the Ontario Black History Society is dedicated to the preservation and promotion of Black history and heritage.

Slavery to Freedom is a key program of The Ontario Heritage Trust that documents this important chapter in Ontario’s history.