Looking for 1000 Islands cruises? Hop on with City Cruises Gananoque (formerly Gananoque Boat Line), Gananoque’s very first tour boat company. It operates five triple-decker, all-aluminum vessels with on board facilities such as restrooms, coffee shops, bars and refreshment areas. Each boat has its own open deck and two enclosed decks.

City Cruises Gananoque is located at 280 Main Street in the town of Gananoque, in southeastern Ontario. Gananoque is about a two-hour drive along the ON-401 E from Toronto, and 90 minutes from Ottawa. 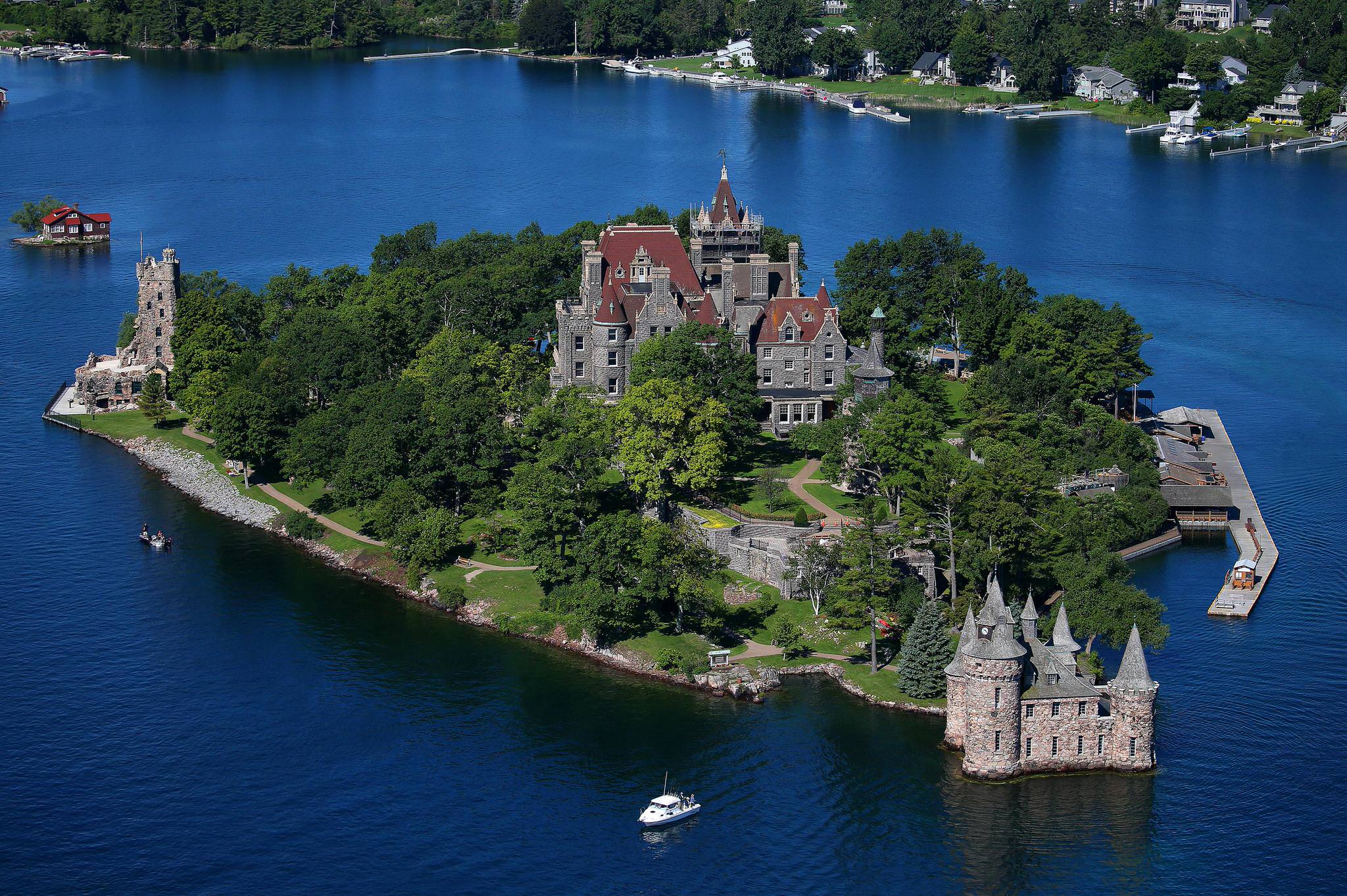 City Cruises Gananoque started out with a local mailman taking passengers along on his boat as he delivered mail to residents living on the 1000 Islands. In 1951, the boat line grew to include Linda 7, a wooden tour boat that could hold 55 passengers. A few years later it was joined by four more wooden, single-decker boats: Linda 4, Miss Rockport 2, the Island Wanderer, and Pickle. In the 1960s, Miss Gananoque 1 and Miss Gananoque 2 joined the roster.

It wasn’t until the 1970s that the City Cruises Gananoque started building its current vessels, starting with the Thousand Islander. It spanned almost 34 metres, had three decks, and could carry 380 people. When it set sail, it became the first, all-aluminum tourist vessel in North America.

Visitors curious about the 1000 Islands’ history will want to get on the Original Heart of the 1000 Islands Cruise. It takes passengers for a one-hour jaunt around the Admiralty and Navy group of Islands, and provides a close look at several generations-old cottages and summer homes dotting the islands.

Visit ghost ships resting underwater with the two-and-a-half hours Lost Ships of the 1000 Islands Cruise. The tour visits seven 18th to 19th century shipwrecks while using video and audio commentary, as well as side-scan sonar images to bring their stories to life. Visitors can also catch a glimpse of the famous Boldt Castle, St. Lawrence Statue, 1000 Islands International Bridge, as well as the many lavish homes that stand on Millionaire’s Row.

Chase the sunset on the Sunset Cruise, a favourite among photographers and romantics alike. It takes visitors on a one-and-a-half hour cruise around the Admiralty Group of Islands, with intimate views of UNESCO and Parks Canada-classified islands, and details their unique ecosystems and aquatic wildlife––all while surrounded by the dazzling colours of the setting sun.

Visitors who appreciate a good love story will want to hop aboard the Boldt Castle Stopover Cruise. The tour goes around all of usual 1000 Island haunts, but also makes a 2 hour stopover at Boldt Castle, allowing passengers to explore the castle and its grounds. The Boldt Castle, located on Heart Island, was built by the proprietor of world-renowned Waldorf-Astoria Hotel, George C Boldt. Originally intended to be a grandiose symbol of love for his wife, it was hastily abandoned when his wife died in 1904.

Please note, all visitors to Heart Island (Boldt Castle) will be required to have a valid passport or a valid VISA and passport since Heart Island is an American Island.

The boats undergo constant inspections and certifications by Transport Canada, so you can be sure you’re boarding a boat with high safety standards every time.

Looking for more things to do after a tour with City Cruises Gananoque? Explore the town of Gananoque by taking a walk around the many sculptures at Sculpture Park, or splash around historic Joel Heritage Park and Beach. Relax with a cold, organic beer at the Gan Brewing Company, savour their tasty brews like the Naughty Otter Lager, or Valour Rye Beer. Try your luck with any of the 500 slot machines at the Shorelines Casino Thousand Islands, or catch a show at the historic Thousand Island Playhouse.