Airborne Adventures: Rise Above it All and Take in the Views 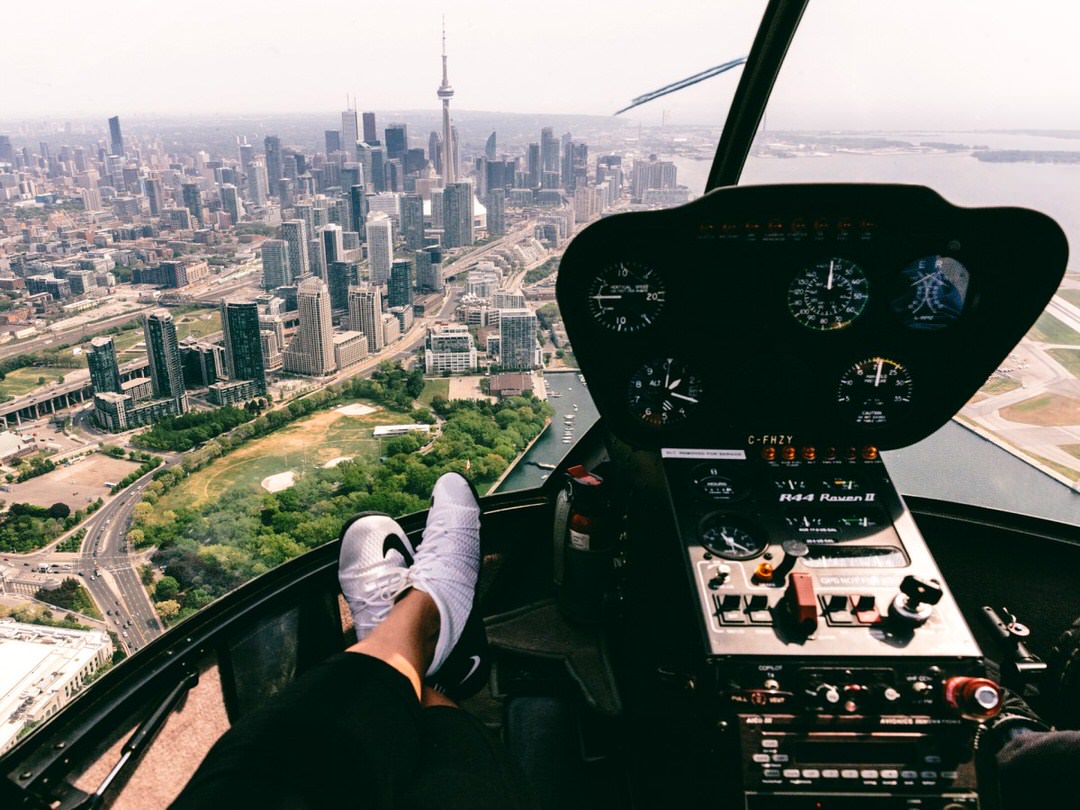 The sky’s the limit on these airborne adventures that will have you feeling like you’re in a dream. No need to pinch yourself though. These views are very real; sometimes all it takes is a new perspective. Make your getaway the greatest ever with a totally unique look at Ontario’s landmarks and landscapes.

Departing from the town dock in Parry Sound, Georgian Bay Airways has nailed the ultimate sightseeing air tour with this ‘low-key’ date idea: Fly & Dine to Henry’s Fish Restaurant. Take a floatplane to Frying Pan Island within Sans Souci, part of the Georgian Bay’s 30,000 Islands for some of the most scrumptious pickerel and fries you’ll ever sample.

The Canadian Warplane Heritage Museum in Hamilton offers you the chance to feel the aerial rush in one of their rare and famous aircrafts, including North America’s only operational Avro Lancaster bomber. You can also take to the skies over Ottawa in an open cockpit bi-plane thanks to the Canada Aviation & Space Museum.

WiskAir Helicopters will show you the sights around Thunder Bay, including the city skyline, Kakabeka Falls, the Sleeping Giant and the Porphyry Island Lighthouse on one of their customized tours. Or soar above one of the planet’s most famous natural wonders with Niagara Helicopters; they’ve been thrilling passengers for over 40 years with a bird’s eye view of Niagara Falls. Equally awe-inspiring, 1000 Islands Helicopter Tours and Kouri’s Kopters set out over the unspoiled beauty of the St. Lawrence and offer unmatched views of local landmarks like Boldt and Singer Castles and Ivy Lee Bridge. Take in the urban jungle of The 6ix with Toronto Heli Tours. Based out of Toronto Islands, you’ll fly over the Rogers Centre (extra cool when there’s an event taking place with the roof open), the Harbourfront and alongside the upper needle of the CN Tower.

If you’re a vintage air travel aficionado, or just want a once-in-a-lifetime experience, hot air ballooning over Ontario’s picturesque patchwork farm fields and countryside is a must-do. With HQ in Barrie, Air Display Hot Air Balloons will take you up over the sights of Georgain Bay and beyond. Float through the clouds across southern Ontario with Skyward Balloons in Kitchener-Waterloo and Ontario Hot Air Balloon Rides that lift off from various sites including St. Jacobs.

You and your Insta-feed are now cleared for takeoff.