Discover the Flavours of Thunder Bay 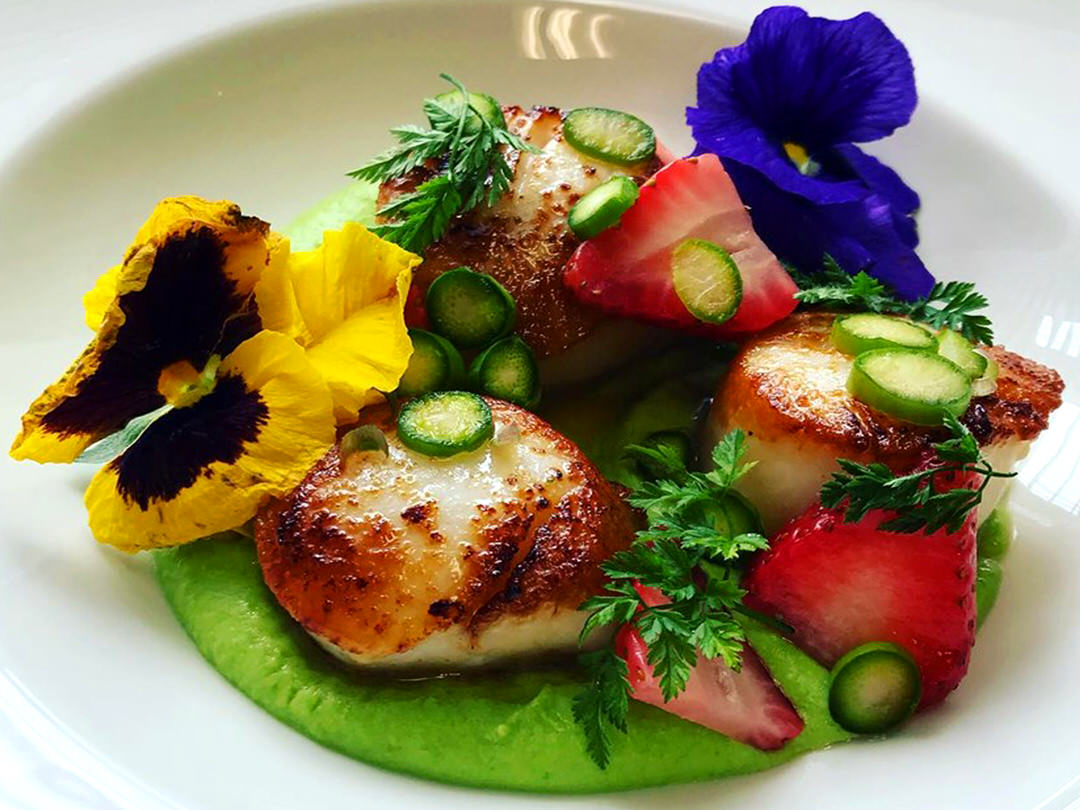 Perched on the north shore of mighty Lake Superior and flanked by the Pigeon River, Kakabaka Falls and Sleeping Giant provincial parks, Thunder Bay is renowned as a gateway to pristine lakes, unspoiled wilderness and unbeatable outdoor adventure. But what may surprise some is this northern city’s dynamic culinary scene.

Its unique history plays a key role in the character of its cuisine, with influences from Indigenous culture, French Canadian voyageur and frontier heritage, a unique Finnish connection and New Canadian inspiration. Just as influential is its proximity to the rocks, waters and forests of the Canadian Shield.

So, make the foodie pilgrimage to Thunder Bay for guided tours and DIY ideas on how to sip, savour and sight-see in Thunder Bay.

Hook up with local foodies on a guided culinary tour for an insider intro to northern hospitality, culture and cuisine. The three-hour Signature Sip & Savour walk invites you to taste great food and drink in a beloved historic neighbourhood, with fun backstories, local lore and a spectacular view of Lake Superior and Sleeping Giant.

Now that your interest is piqued, and your appetite whetted, follow your taste buds and set out on your own gastronomic discovery of Thunder Bay. Here are some suggestions to get you started.

Sweet North Bakery is a micro bakery that packs a giant flavour punch. Soups, salads, sandwiches, pretzels, tarts, croissants and baked goods are all made in house with local ingredients, like the cheese from Thunder Oak Cheese Farm and beer from Sleeping Giant Brewing. Don’t leave without trying the sticky buns and an affogato (espresso poured over gelato). Sweet Escape Cake Café and Bakery is another great spot to satisfy your sweet tooth with cakes and an assortment of specialty desserts. Another must-try, Northern Ontario’s signature pastry is the Thunder Bay Persian, a deep-fried cinnamon bun with pink fruity flavoured icing that originated at Bennett’s Bakery in the 1940s and remains an institution to this day. Their popular coffee shop, The Persian Man has two locations that serve this decadent dessert.

Get your grill on at Red Lion Smokehouse, a barbecue restaurant in TBay’s waterfront district that also celebrates craft beers with 12 taps and over 100 different crafts. Try the flatbread pizzas at The Blue Door Bistro. It’s a lively little lunch spot, a bit off the beaten path but well worth the trip. Another great spot for beer lovers, The Sovereign Room, is a laid-back gastro-pub offering over 50 different domestic and imported brews to accompany its comfort brunch and dinner menu. Dining at the Bight Restaurant & Bar is a must-do. It’s a spacious, modern eatery featuring fresh, seasonal Canadian fare, outdoor patio and a bar with artisan cocktails in the Water Garden Pavilion overlooking Lake Superior.

Vegan, Vegetarian and Plant Based

Small but significant, Bliss Restaurant is Thunder Bay’s only completely vegan and gluten-free eatery with a plant-based, raw, semi-raw and local sourced menu. Just down the same street on Cumberland, resto-bar In Common serves a unique menu of sharing boards with plenty of veg and vegan options. Similarly, vegans and vegetarians won’t be disappointed by the robust, plant-based and eco-conscious options offered at The Growing Season Juice Collective in the Bay and Algoma district.

Book a brewery tour and sample a fresh brew at the taproom of Sleeping Giant Brewing Co. or Dawson Trail Craft Brewery. Brew Ha! Craft Beer Festival, Northern Ontario’s largest craft beer festival, takes place in August on the shores of Lake Superior. Just west of the city in the Slate River Valley don’t miss Thunder Oak Cheese Farm, the very first farm in Ontario to produce creamy Dutch Gouda cheese. Find some of the best flavours of the Bay under one roof and meet the folks who grow, produce, make and them bake them at the Thunder Bay Country Market, the largest producer-based market in Northwestern Ontario. Open Wednesdays and Saturdays year-round.

You can’t beat the location of the Prince Arthur Waterfront Hotel & Suites. Built in 1911, this historic hotel is in the heart of the Waterfront District, overlooking the Marina Park, Sleeping Giant peninsula, and of course, majestic Lake Superior. The Courthouse Hotel is a boutique property built into the former Port Arthur/Thunder Bay courthouse and offers fantastic lake views. Delta Hotels by Marriott Thunder Bay is another great option on the waterfront.

In between all the food and drink, you’ll want to explore so be sure to make time to discover everything else that Thunder Bay has to offer.