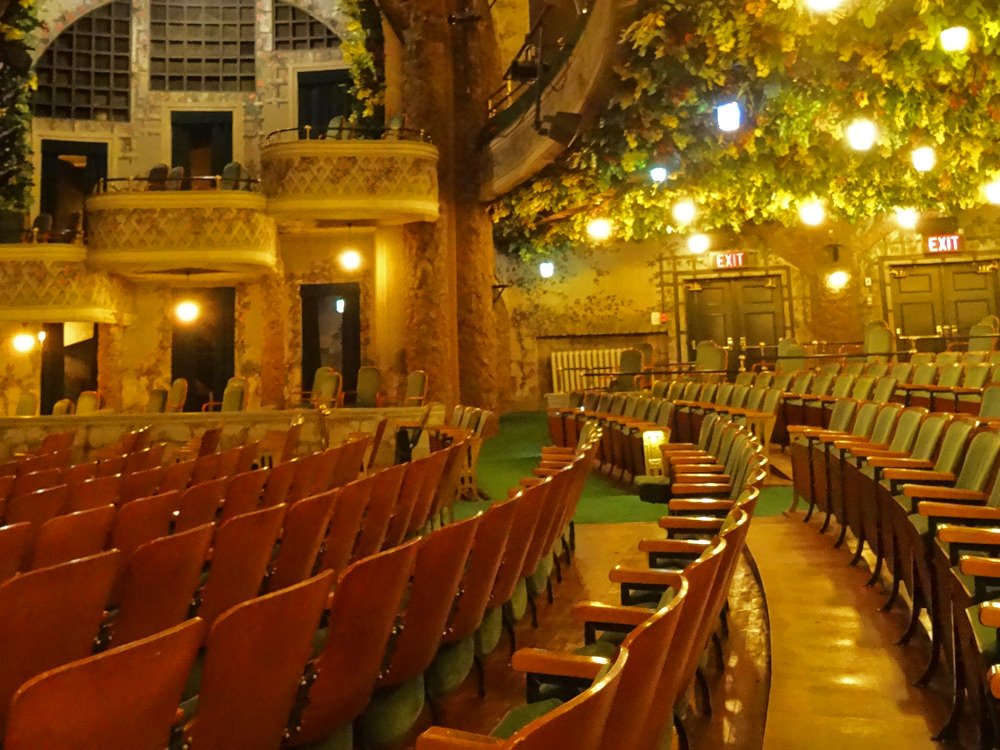 Tucked away on Toronto’s busy Yonge Street, the Elgin Theatre and The Winter Garden Theatre is a Toronto landmark. From old time vaudeville stars like Milton Berle, to current A-list celebrities attending TIFF screenings, this theatre has hosted many famous faces over its 100 year history. Luckily, the glamour of this 1913 theatre is beautifully preserved and it is yours to explore in one of the regular tours of the building. Here’s just a sample of what you will discover on your visit:

From Vaudeville Theatre to Movie House

The beautifully restored state the Elgin Theatre is in today is due to a little bit of good luck and a lot of hard work. The Elgin went through many transformations before restoration, from vaudeville theatre to movie house. During its life as a movie house, the ornate walls were painted over with layers of paint, the opera boxes were removed and a 1960s Cinerama system installed. When it came time to restore the theatre to its former glory, photo records and research helped architects restore the opera boxes, colours and decor to the space.

One piece still missing? The chandelier which disappeared in 1935, leaving behind an empty space in the ceiling dome.

A time capsule of a bygone era

Upstairs, the Winter Garden Theatre followed a very different path than its downstairs neighbour. With the decline of vaudeville, the Winter Garden closed in 1928. It remained closed to the public for the next 50 years, preserving the theatre much as it was in its heyday. While the seats were sold off, the original paint on the wall remained, as did the fire curtain and even a few of the lanterns. The theatre you see today was meticulously hand-cleaned to remove a century of dust to preserve 20,000 square feet of hand-painted decoration.

A treat on your tour of the Elgin Winter Garden Theatre is the chance to take a ride on one of the original elevators. The elevator is hand-operated and is a neat way to experience the theatre as the original patrons would have. Another tidbit? Rumor has it that there have been a few ghostly sightings of these hand-operated elevators moving on their own.

Chicago’s famous gangster John Dillinger has an unlikely connection to the Winter Garden theatre. Since the original seats from the theatre had been sold off in the 1930s, the restoration team needed to locate another set of historically accurate seats, and they found them at Chicago’s Biograph Theatre. By coincidence, this was the same theatre where John Dillinger watched a movie just before he was apprehended outside the building by police. When the chairs first arrived at the Winter Garden theatre, one of them was upholstered differently than the others and was reupholstered to match the set. It wasn’t until later the staff discovered the reason for the difference – the chair had been a unique colour to indicate that it was the last theatre chair occupied by John Dillinger. Each time you go to the Winter Garden, there is a chance you are sitting in a very historic seat!